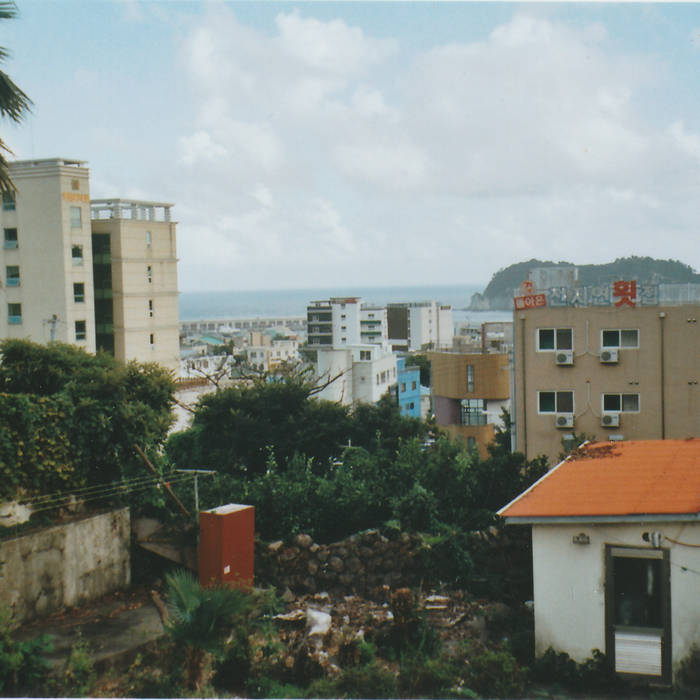 Jeju is a volcanic island in the East China Sea somewhere between Japan and Shanghai, south of the Korean peninsula. After a long period of being an autonomous and matriarchal society, it nowadays belongs to South Korea. Women play an important role on the island and enjoy a special status. This matriarchal tradition among other things manifestates in the culture of the legendary Haenyeo – female divers for shellfish, octopus, fish et al. Two years ago Setaik Yim invited Christophe Piette; a Brussels based actor, filmmaker, - connaisseur and musical improviser; to the island to film the paintings of Myonghi, a South Korean visual artist that paints beautiful works exploring the hidden dimensions within nature. Her work is much loved both inside and outside the artworld.

Next to his 8mm and 16mm cameras, Christophe Piette brought with him a handheld Olympus sound recorder that he used as a sort of 'travel log' and expanded a film beyond the screen. With his particular ear (and eye) for detail and humanity, he registers an organic sound world in six chapters. Creating a Deep Listening experience where normal everyday sounds receive mystical connotations. The album is an interesting self-portrait of the sensible artist with an idiosyncratic attention for particular facets and situations, tangible directly in these moments when the artist records himself while being in conversation... “qu'est-ce que tu écoutes là?”.

Did you ever see Pedro Costa’s Casa De Lava? In this film, a dramatic story unfolds to the backdrop of Mount Fogo (lit. Fire Mountain), an active volcano in Cabo Verde. This volcano is a classic ‘absent’ personage that is abundantly present. There’s not necessarily anthropomorphism at play, but one surely feels a manifestation and a devastating influence throughout the whole of the movie. A hissing and seductive presence. During the course of Christophe Piette's album we hear the dormant volcano Mount Hallasan (lit. high enough to haul the universe), Jeju’s centre and origin. The inhabitants of Jeju believe this mountain has mystical qualities and that it is the dwelling place of Gods and spirits. The mountain is also the core of Jeju’s ecology and its presence is heard all over the island and throughout this collection of composed sound.

Being fond of the volcanic island myself, I love how the impressions we hear on this album perfectly constitute that specific small world. A world that’s equally tragic, problematic, and balanced. Something else coming to mind is Walter Marchetti’s Perpetuum Mobile (1981), a 'serenade' of a motorway in dialogue with a pond of frogs. Christophe Piette shares a similar attention for the everyday sound, where a passing truck, a random conversation, indeed frogs croaking, a dinner conversation, airport atmospheres, a bus ride, light restaurant jazz, and a band practice by the people of Doksu village are all having their status inside a certain reality; a reality that is now preserved for eternity.

In my personal trade, and in the development of the Edições CN catalogue, Christophe Piette was and is of great influence. His concepts enter my mind quiet regularly, and live on in the many books, films, drinks and music he recommends me to explore. Needless to say we’re over the moon to present to you this work.

This is the third chapter in the Edições CN artist in situ series - after the first two entries by Spencer Clark and Gonçalo F Cardoso which received many praise in many press... . Enjoy x